New apartments Tri Studničky in the Demänovská valley, close to Jasná and 11 km from Aquapark Tatralandia. The apartments are furnished in a modern style and are suitable for the whole lot, families and couples who want to experience romance of Liptov. In the centre Jasna are four ski resorts: Lúčky, Záhradky, Biela púť and Chopok – Juh with eight chairl cable cars, four cabine cable cars and eighteen tows. Altogether there are 30 cable cars and lifts along the 49 km of perfectly maintained trails waiting for you.

Tips for excellent skiing and recreation 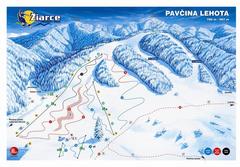 In FUN PARK Žiarce you can definitely ski without waiting in long lines. The ski resort is located at the entrance to Demanovska valley in the village Pavčina Lehota. In summer the slope is used for bobsled. It is the perfect entertainment for your children and even moms and dads can ejoy it. 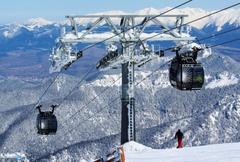 Jasná Low Tatras as the biggest ski resort with excellent conditions for winter sports in Slovakia offers at the north and south side of Chopok neverending entertainment and active leisure. You will get on top of Chopok via modern lift transports of the latest technology Funitel or 15-seater cabins. The resort offers 49 km of perfectly groomed ski slopes of various difficulty, suitable for beginners, families with children, skiers and also for organizing world-class competitions. 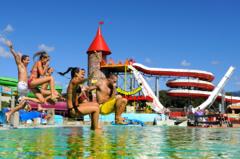 Tatralandia Holiday Resort is the biggest year-round resort of water fun in Slovakia, the Czech Republic and Poland. Discover this place full of adventure and fun, which includes Aquapark Tatralandia, all year round seaside paradise Tropical Paradise, summer Funpark Tatralandia. For full enjoyment of Tatralandia, one day is not enough. It is ideal for summer and winter holiday for all ages. During the summer we offer great fun in 14 pools with seawater, thermal and clear water. You will not be bored thanks to 26 slides and water slides, attractions at the fun park, a full day program with the biggest animation team in Slovakia, or summer event. And just in case it rained, we will meet under the transparent roof of the annual Tropical Paradise, where water or air temperature does not drop below 30 ° C. 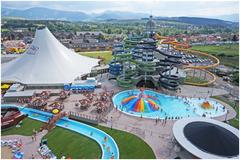 Water Paradise GINO PARADISE is built on the thermal hot springs spewing from a depth of 1987 meters with a temperature of 60.5 ° C. Positive effects on motion and respiratory organs, have a good cosmetic effects and thanks to lithium also act on the human psychique. Relax in the 8 outdoor pools with geothermal water with a temperature of 26-39° 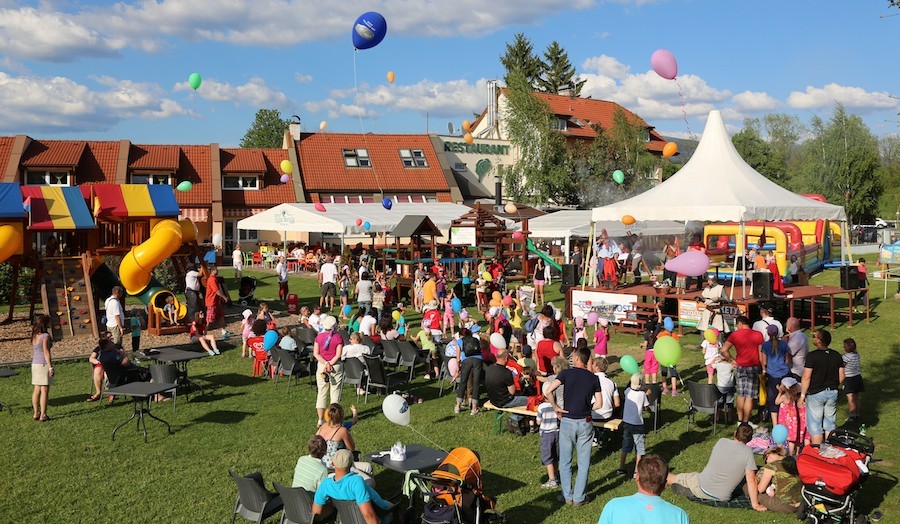 Villa Betula Resort offers visitors the perfect relaxation and recreation for families with children. The resort has BABYLAND amusement park, which is open year-round, where children enjoy themselves very much. Furthermore, the resort offers golf practice areas, restaurants, natural swimming pool, zoo, in the summer months outer amusement park with many attractions and a bouncy castle. 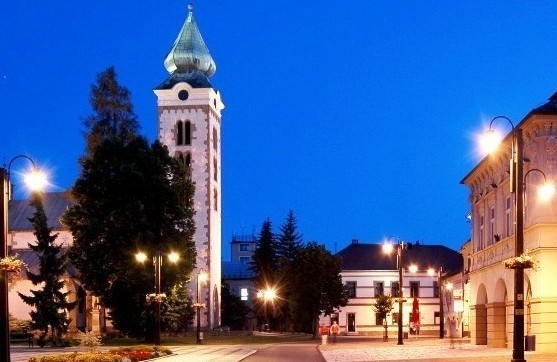 Liptovský Mikuláš is located in the middle of Liptov valley at an altitude of 576 m, on the right bank of the river Váh. It is surrounded by the highest and most beautiful mountains of Slovakia. It´s combs exceed 1,500 m. In Liptovský Mikuláš we find sights such as: the Roman Catholic Church of st. Nicholas, Pongrácovská mansion, First Stoličný house, Straussian House, County House, Jesuit monastery, Evangelical Church, Synagogue, Black Eagle Manor House in Vranovo Paludzka or the Church. Peter of Alcantara in Okoličné. 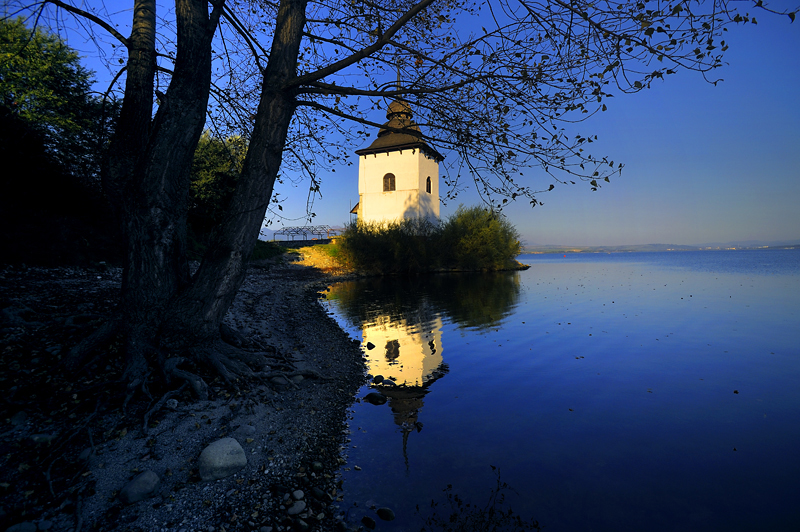 The river Váh caused many floods in the past. That is the reason why Vážska cascade - a system of dams and hydroelectric power plants was built and which has successfully protected Liptov against flooding for many years. The first dam of the Váh cascade - the largest water reservoir in Slovakia - Liptovská Mara was built between 1965 and 1975. Total area of the dam is 22 sq km and maximum depth reaches 43 m. Due to its size it deserves the adjective - Slovak or Liptovské sea. Liptovská Mara is during the summer months used for bathing and various water sports, the center of rest and relaxation is close to Liptovský Trnovec. 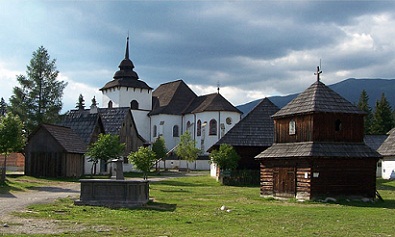 Skanzen Pribylina is named after the nearby village Pribylina. It is a place where those tourists who come to discover the High Tatras region with everything it offers set foot. In addition to wooden residential and farm buildings representing the typical characteristics of folk architecture of farmers and craftsmen layers, there are also two rare medieval stone buildings. All buildings together create a unique mix of historic and cultural backgrounds of ancient Liptov. Gothic-Renaissance mansion of Parížovce is the oldest preserved yeoman seat in Liptov from 14th to 16th century and is associated with King Matthias Corvinus and his son John Corvinus, Prince of Liptov. Attractive exposition is the early Gothic church of Virgin Mary from Liptovska Mara with fragments of the original wall paintings from the 14th and 15th centuries. At the top of the museum is a static exhibition of historical Považská logging railway. 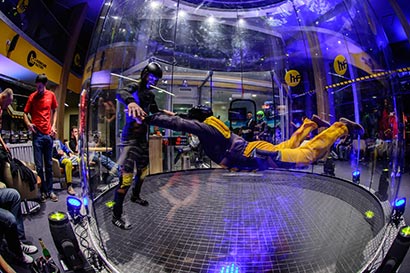 HURRICANE FACTORY Tatralandia is the only wind tunnel in Slovakia. It is a place where you can try what it is like to fly and hover and try the strength of a hurricane. In glass flight chamber with a diameter of 4.3 m and totaling a whopping 14 m air flows at up to 270 km / h, a speed of a real hurricane. But you are flying at a safe altitude and under the constant supervision of an experienced instructor. Wind tunnel is intended for all physically healthy persons from the age of 5 years. 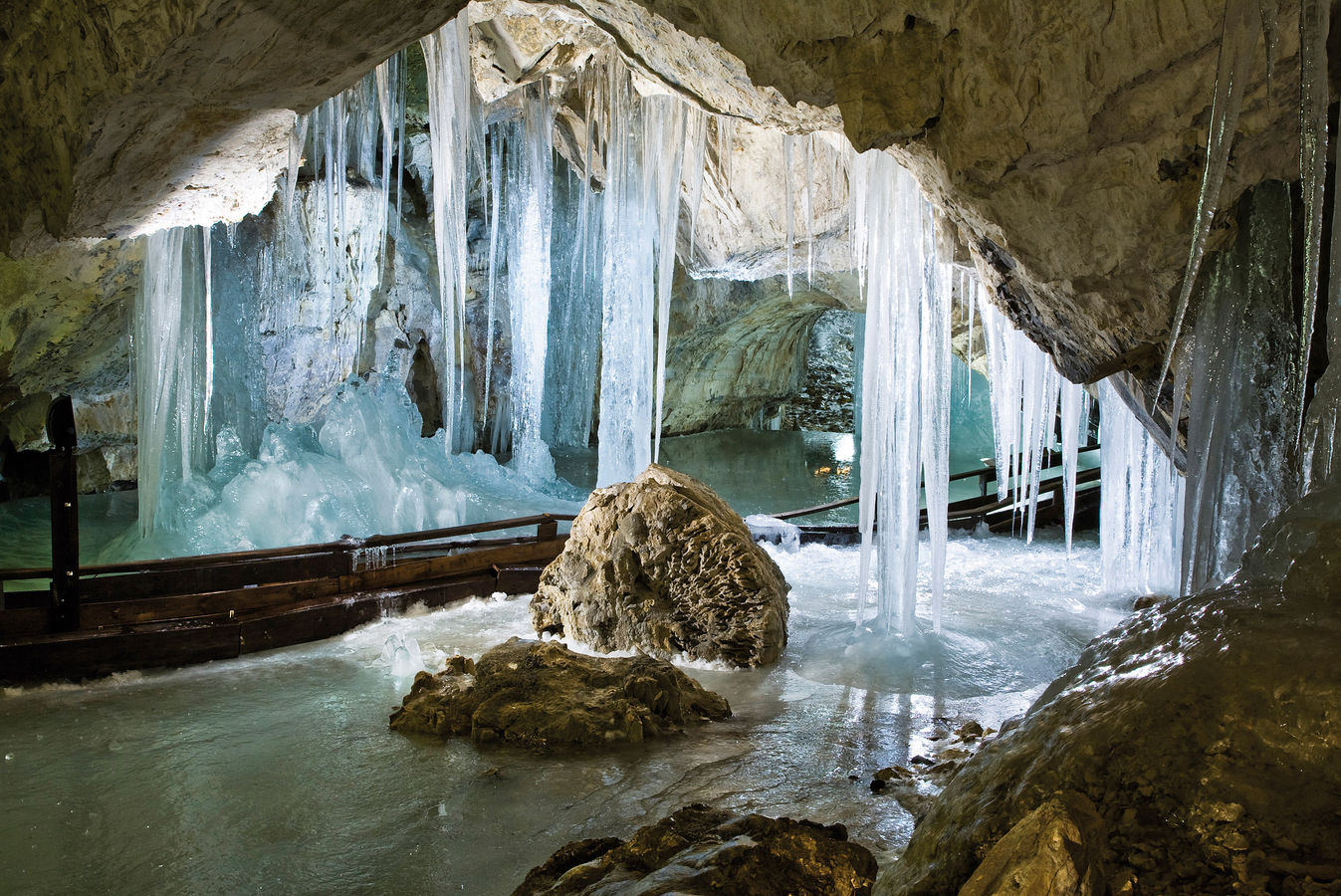 Attractive and sought after by tourists, Ice Cave is one of the first known caves in the world. The cave, which was known in the Middle Ages, after the Dobšinská ice cave in the Slovak Paradise the second largest of its kind in Slovakia. Although the first record of it dates back to the year 1299, made available to it in the eighties of the 19th century. Entrance to the cave lies at an altitude of 840 m, about 90 m above the valley bottom. It is accessible by serpentine path from the parking lot. It is produced in four floors with a total length of almost 2.5 kilometers. From cave passages included 850 m in guided tours (tour duration 45 minutes). 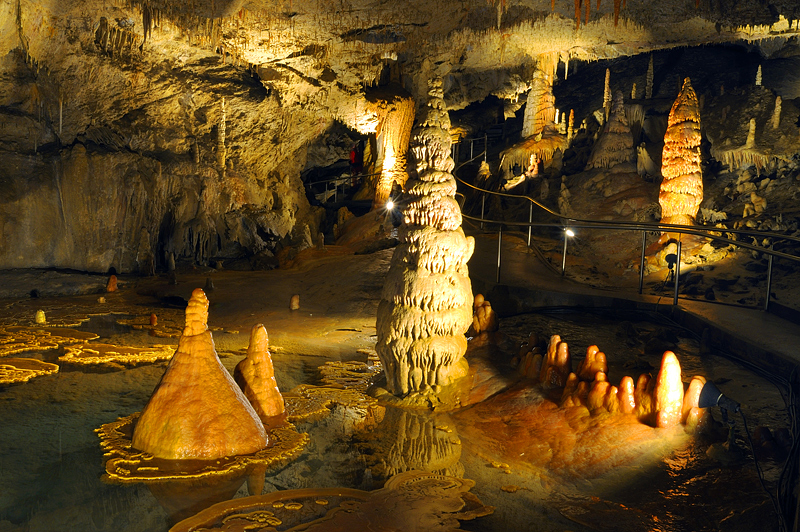 The cave is a part of the huge underground karst system in Demänovská Valley under the Low Tatras. It boasts a unique drip stone ornamentation, which makes it one of the most beautiful caves in Europe. The entrance to the cave lies at an altitude of 870 m and is accessible serpentine path from the parking lot, and to overcome the altitude difference of 67 m (about 10 minutes). The total length of its corridors is more than 8,400 m, of which up to now succeeded objectives 7,624 m. Visitors to the cave are available two guided tours, longer measuring 2,150 m (duration 100 minutes tour), less 1,150 m (duration of the tour 60 minutes). The wooden articled Evangelical church (16.2 km) In the village of Holy Cross stands the wooden articled Evangelical church, which is one of the largest wooden buildings in Central Europe. The church was originally built in Paludza. Relocation began in 1974 and the official dedication of the reconstructed church was 22. 8. 1982. The church is the last, certainly the most important artistic expressions Slovak wooden church architecture. The church is a special modification of the branch protestant architecture which began to develop in Prussian Silesia. The original appearance of the Slovak retain only five articular churches who witness the Reformation. 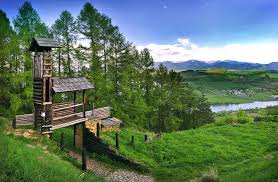 Havránok archaeological site of the dam wall Liptovská Mara and museum. It is located 2 km south of the village Bobrovník within the district of Liptovský Mikuláš. It lies at the eastern foot of the hill Úložisko (741.7 m asl) . Here were discovered Celtic fortification of settlements with Kotini Druid sanctuary from the 1st century BC. Exposed shaft was sacrificial altar with a thank offering victims, stone paths with a colonnade and Celtic imitations of ancient coins. In the 12th-15th century there was a Slavonic settlement stood here feudal medieval wooden castle, fortified stockade with a moat and a tower. Later the church was built brick. Havránok is a settlement from the Iron Age (Puchov culture) and the High Middle Ages. 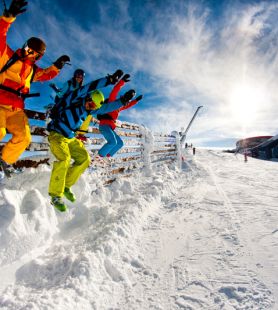 Spring skiing with a 3-day ski pass (during the week)

Hotel Demänová **** - only 5km from apartments